It's been more than 30 years since driven by the need and pleasure of singing I began to walk with growing curiosity and passion through the landscape of the Expression through the Voice. The intimate connections among psyche, emotion, body and vocal expression on creativity and inside the human relationships focuses the area of ​​my interest and research. A place where I move with clarity, freshness and creativity. The knowledge gained from being in constant contact with the voice allows me to have a deep understanding about the human voice in all its broadest sense. My everyday work takes place between two professional fields; artistic creativity and emotional and physical health.
Continue reading...

Graduate in Drama I worked as a theater actor and combined my classical singing training with Speech Therapy studies . Afterwards I went to London where I was certificated in Voicework by the Royal Society of Arts and I  got  also Voice Movement Therapy Certificate . In the therapeutic side of Vocal Expression I studied with Paul Newham, (inspired by the pioneering work of Alfred Wolfshon) and Amayo Katherine-Barfred, and in the artistic side of Vocal Expression I trained  with Siam Thomas, Linda Wise, Enrique Pardo Noah Pikes, Vicente Fuentes and Pere Sais from a Roy Hart Theater approach .  Attracted by the relationship between voice, body and psyche and in order to root the voice and emotional expression in the body and in the relationship with the other, I got closer Bionergetics Analysis (psychosomatic psychotherapy). Later on I became a Bionergetics Analyst by I.I.B.A.  And through Bionergetic Analysis.  I knew T.R.E.and of its hand  I found a  world of simplicity, depth, clarity, tranquility and essence.  The complementarities and differences between T.R.E. and psychotherapy shows me that in itself these differences are a richness, an exercise of blending nuances and differentation of targets. T.R.E. taught me how to dialogue with  the neurogenic tremors  and these  talks  showed me a way to  deep  the voice in the body, and to go  deeper within myself through  my voice. The movement of the voice becomes more flexible, the perception of the corporal sensations that support the delivery of the voice are tempered, acute. In adition to this, the inner and outer listening turn into something  deeper and more subtle.

As Vocal Coach and  Trainer I worked at  Minks Youth Theater (Belarus),  Dance Across Borders International Project, UR Theatre Company , Getxo Drama School, Kabia Theatrical Research. Vocal-Perfomer with Formación Dan-Te and Bilbao Voz Project.  I regularly teach  Vocal Expression in the Master of Music Therapy CIM Bilbao and Extremadura University, Master  of Stage Arts UPV. I give lectures on “The Vocal Impact: voice in human relations and health” Founder of Bilbao Voice Project (provate project for Development of Vocal Culture) Publication of various articles in the magazine ” Revista Musicoterapia, Música y Sonido” and Weekly Performing Arts Digital Newspaper “Artezblai” with “Aclárate la Voz” . Currently developing my professional work in private practice in Bioenergetics Analysis, T.R.E.  Voice Movement Therapy and Vocal Coach. I participate as a guest teacher in different therapeutic  and artistic training programs around Spain. Driver  and co-organizer  of T.R.E. Training Programs in Spain (Bilbao), I  actively spread  T.R.E. in Spain  in the educational, social and educational fields through conferences, open sessions and workshops “Self managing of  Stress, Reducing Anxiety and  Deep Tension.” I contribute to the latest book by David Berceli, “Shake it off, naturally “with the chapter “The Presence  on the Voice” published hard copy and e-book.

“……the capacity to hold, contain and dominate the voice in identification with the body turns the concept of I am into a biological reality……” (Roy Hart)

“…….just by showing myself as I am I can get other people to successfully search for their own authenticity…….” (Carl Rogers)

For more information about individual sessions in-person or on-line, workshops and training programmes in Spain and abroad.

When the quality of our life decreases due to our own difficulties , it is time to seek help. Individual sessions are conducted at my study in Bilbao and I usually run workshops on demand in other cities of Spain and abroad. Basically I work with adults on personal and professional issues and with those seeking to explore and expand their creative expression in their lives.

Panic attacks, stage fright and other forms of anxiety all shares elements scuh as deep muscle tension and inhibited breathing.
Continue reading...
Body and voice work approach allows us to go into where anxiety lives, the body without being blocked by mental chatter and offers tools that can be used to prevent or lessen the intensity of anxiety. Tools that you will be able to use by your self as a self-regolation method.

Lack of self-esteem makes us hold back. And what do we actually hold back? Our impulses! When we free the body, we free our impulses and when we’re comfortable with our impulses we feel good about ourselves.

The deep body and voice work approach and neurogenic tremor help us to gain access to the stream of energy that lives in us and show us diffetent ways to create – that propels our creative expression. When it flows, we create.

Being in touch with ourselves through a body- voice -oriented process helps us find purpose and direction in life and allows us to maximize our potential in whatever we undertake.

Depression can be immobilizing. Body and voice work will help us to go beyond the intellectual understanding of why we are down and helps us to mobilize the vital force which is needed to comeback to our lives.

Life is stressful. Living with it requires resilience. Learning to energetically inhabit your body will help you deal with the stresses and difficulties that life presents to us all.

The voice reveals. Is our voice robust and resonant or inexpressive and weak?. Nothing helps the production of sound more than effective work with the breath. When you free your mind/body from the constraints of holding back, your voice will make the sound of the passions that live inside you.

Deep body work and neurogenic tremor help us move through inhibitions toward freedom of expression. Because I come from a professional performing arts background, I am particularly sensitive and knowledgeable about the issues of creative people.

Our thoughts can obsessively spin in our heads with preoccupation over how we are perceived by others. Neurogenic tremor helps us get out of our heads and gives us tangible tools to walk with ease among others.

One of the biggest human fears is the fear of speaking in public ! Our fear of being exposed in front of someone´s face can unleash a huge amount of physical and emotional ractions which shorten our breath, inhibit our movement and paralyze our thinking.
Continue reading...
When we breathe we move and we feel ourselves and when we feel ourselves , we are moved to express ourselves and contact with others.

Soft and deep body work helps us with emotional expression. When we are comforted and helped to feel our losses we begin to heal.

Relationships are complicated. Knowing ourselves on a deep body level helps us to be in touch with our body feelings and that will heps us to kkep in touch with our perceptions, emotions and reality.
Continue reading...
Integrating mind and body means centering on ourselves and facilitates establish healthy relationships with others.

Working with the body and voice can not only help us become aware of our sexual blocks – it can help us move through them.

Trauma suffered in infancy and childhood is very different than that suffered in adulthood. Bioenergetic Analysis and T.R.E. are ideally suited to helping victims who have experienced trauma at any age.

Work with the body augments work with the mind. We think, we feel and we act. To work only with our thought processes, as many psychotherapies do, is like having a stool with one leg.
Continue reading...
Voice and bodywork integrates our understanding with active tools that help us to go beyond words and thoughts and into aliveness and action to produce real change. 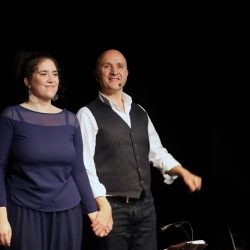 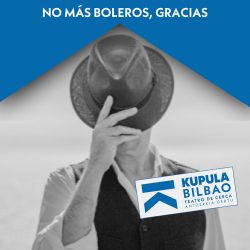 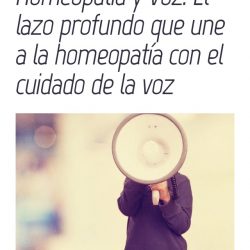 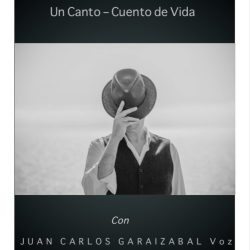 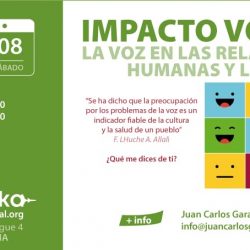 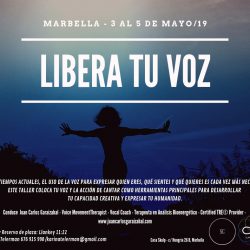 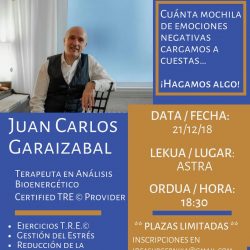 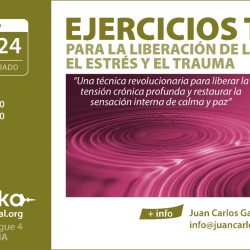 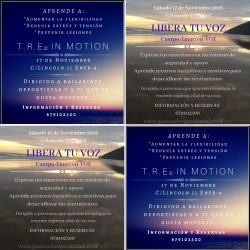 T.R.E. in Motion and Free Your own Voice ( Barcelona) 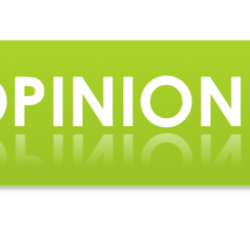 In addition to in-office sessions, we can conduct online psychotherapy, TRE or Vocal Expression appointments via Skype. Complete the contact form and I will contact you to schedule an online session via Skype.
Warning: count(): Parameter must be an array or an object that implements Countable in /homepages/7/d301505759/htdocs/site2017/wp-content/plugins/pirate-forms/inc/PhpFormBuilder.php on line 446